Xia: Legends of a Drift System is a Kickstarter that immediately grabbed my attention.  The modular board immediately appealed to me because I love games with some variable setup.  Then the ship models jumped out at me as being immaculately produced.  As a whole, the prototype is one of the most impressive I've seen.  Then I saw the complete rules were already available.  Reading them over gave me a fantastic sense of how to play the game, without even having the components in front of me!  It wasn't long before I desperately wanted a copy of Xia.

I was also fascinated by the story behind Xia.  So I decided to ask the designer of Xia, Cody Miller, a few questions about himself, and his game.

Xia seems to be doing really well on Kickstarter. When did you know you had a game other people would really want?

Haha, I didn't know! I mean I tested, and had lots of positive feedback along the way, but it's hard to know when people are being honest with you, or just don't want to say something mean right? So my M.O. was pretty much to just make a game that I was super excited to play, then hope others would share my tastes...I've always been my own target audience ;)

What were you doing when you started designing Xia?

It's kind of funny, I was a hard-core pc gamer for a long time, and I decided to take a year off gaming, to focus on real life. I'd just gotten engaged and so it seemed like a good idea. My fiance (now wife) bought me a board game called "Dread Pirate" about 6th months into my gaming hiatus, and I quickly fell in love with table top gaming. I bought this strange game called "Settlers of Catan" and we introduced all our friends to it. After a few months we were playing games almost every night! I started looking for a game similar to an old video game I used to love...I couldn't find the game I wanted so I decided to make it!

What have been your inspirations for Xia?

As a kid, I grew up with Star Trek and Star Wars. I loved them both, but Star Wars really captured my imagination. Especially the starships. I can't tell you how many hours I've spent dreaming of my own X-wing, or pretending to pilot the Falcon. As I've said I was a PC-Gamer, that's where a majority of my inspiration comes from. I spent many hours with all the old space-sims, each one is a gem, and there's nothing quite like managing a deflector shield while matching speed with an enemy craft in a crazy space-furball. But when I was about 12 a friend of mine fired up his candy-blue iMac, and showed me a little game called Escape Velocity. It has a similar theme to Privateer, Elite, and Freelancer. And I dumped so much time into that little game. That's sort of the genesis for Xia.

So Star Wars was a large influence on you, and Xia. Out of curiosity have you tried the X-Wing miniatures game?

Yes! My wife actually just picked it up for me this month! I have a feeling it's going to get a bit out of hand, I really want the Tie Interceptor and A-wing! And I really hope they are going to make the B-wing!

The rules for Xia appear to be very clear and concise. If I had to guess I'd say you come from a technical background?

Yeah, I've just finished up my BSIT - Software Engineering, so I guess you could say it's pretty technical. Also, I'm still not happy with the rulebook, it doesn't read as well as it could, so we're working to resolve that...

I thought the manual was very well done. What are you looking to improve about it?

I feel like the flow of the manual could be improved, specifically the player turn phases are a bit overwhelming so soon in the book, there's too much stated that doesn't get explained until the very end. Also I want to add some small explanations to the components overview, so you have a general idea of what they are for before you begin reading. 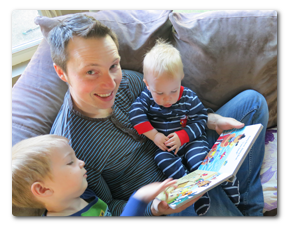 You seem like quite the family man. Have you tried playing Xia with your wife and kids yet?

My wife has played plenty of games with me! It's not quite her thing, she's more into Agricola and Settlers right now, but she's very gracious! My 1 year old just learned to say "Xia" pretty cute. And Z, my 3 year old has watched the Kickstarter video more than anyone. All he wants is for me to quote it to him, haha!


You said you've spend 7 years working on Xia. How has the design changed over time?

Man, where to start. The game started out on a piece of plywood for the board. I used playing cards for missions. And quarters with stickers on the backs of them were the different planet types. The game has gone through probably 30 major revisions? Some of the big changes along the way:

At first Xia had more of a galactic map, circles interconnected with lines, for movement between planets. It wasn't very fun. So one of the major changes was when I went to a hex-grid. I was inspired by the game Heroscape, which we were playing quite a bit at the time. I used to really think hex-based games were pretty complex looking, but once I got familiar it was clearly the best choice for Xia.

Another major change was going from a static board to modular. It was something I'd always wanted in Xia, but doing it in a way that worked well was super difficult to implement. I tried various shapes, and when I finally found the shape we have now, everything really started to fall into place. The exploration and modular design really work well, it's one of the things I'm most proud of in Xia.

The last major change was the cargo hold system. I felt like I'd been up against a wall in that area for years. I really wanted to be able to customize your ship, and I wanted it to be great. I tried different colored dice, each representing a different module. I tried cards for modules, and even colored markers. I saw this idea in a Japanese Nintendo DS game, I forget the name now, and they used Tetris style pieces for modules and it clicked for me. It was a great feeling because it tied so many systems together, and did it in a beautiful visual way. Taking damage, upgrading your ship, holding cargo, it's all in one place. It makes it really simple to understand, and really fun to try and manage!

What was the hardest design problem to solve in Xia?

Ahh, as I said the cargo hold system was a tough one. Another difficult one was the mission structure. I always wanted missions to be a part of the game, even super early in development. I had many mission types, and with a static board it was really easy to implement. I could simply say, "Ok, this planet is this far away so I can pay the player X amount."

But when I went to the modular design I had to re-think the way missions worked. It took lots of testing to get it right, but I'm super happy with the results. Every mission works with every possible configuration of board, and the missions still manage to be unique. I can specify what sectors you're going to do the mission in, and have cool flavor text that describes what you're doing. It's flexible and specific, and that's exactly what I was going for.

The prototype looks amazingly polished, have you done things like this before?

Haha, no! This is the first time I've done anything like this...

You seem to be a huge proponent of 3D printing. How much of the prototype was built using 3D printing, and will the final game be the same?

The prototype was a combination of 3D printing for all the ships, and I used a CNC machine to make the tiles and outfits out of a thin particle board. Both are really cool technologies! As for the final product, the miniatures will be made using injected plastic molding which is the cheapest way to mass-produce. But I have big plans for 3D printing! I'm working on a video now to illustrate why it's awesome, and why everyone should be excited!

I'd like to thank Cody Miller for his time and his fantastic answers.  Xia: Legends of a Drift System is over halfway funded on Kickstarter with 23 days to go.  If you'd like to fund Xia please visit Xia's Kickstarter and pledge.  I already have, and I eagerly await seeing the project succeed.
Posted by CriticalBGamer at 9:30 PM