My article about long setup times a few weeks ago was really a wake up call.  Setting up Runewars to take the pictures for that article took forever.  It was really important to me to have the before and after of a messy box being transformed into a beautiful play area.  But true to the theme of the article, it took forever.  And once I had Runewars set up, I wanted so badly to play it.  Sadly it was 1 am around that time.  But I decided at that moment that I was going to tame the chaos that exists inside the Runewars coffin. 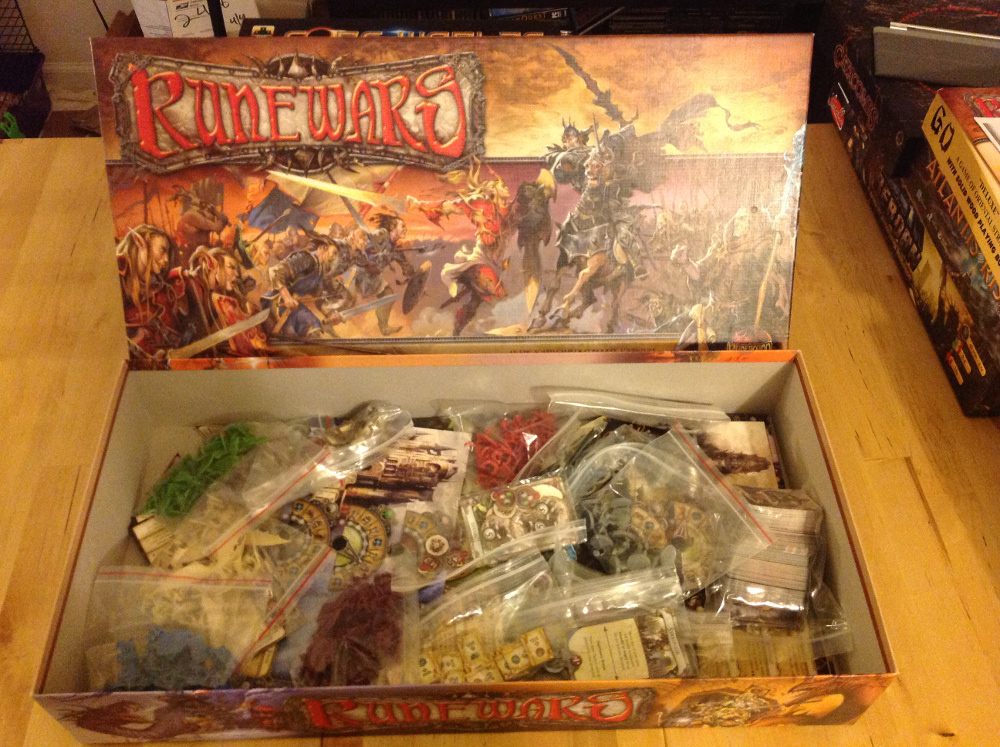 containers, 1 for each player faction.  Then I also picked up 1 Flambeau 4007

container for the monsters, heroes, and so many real and fake Dragon Runes, exploration tokens, training tokens, wound tokens, city tokens, influence tokens, etc.  I was a little nervous they wouldn't all fit back into the box. 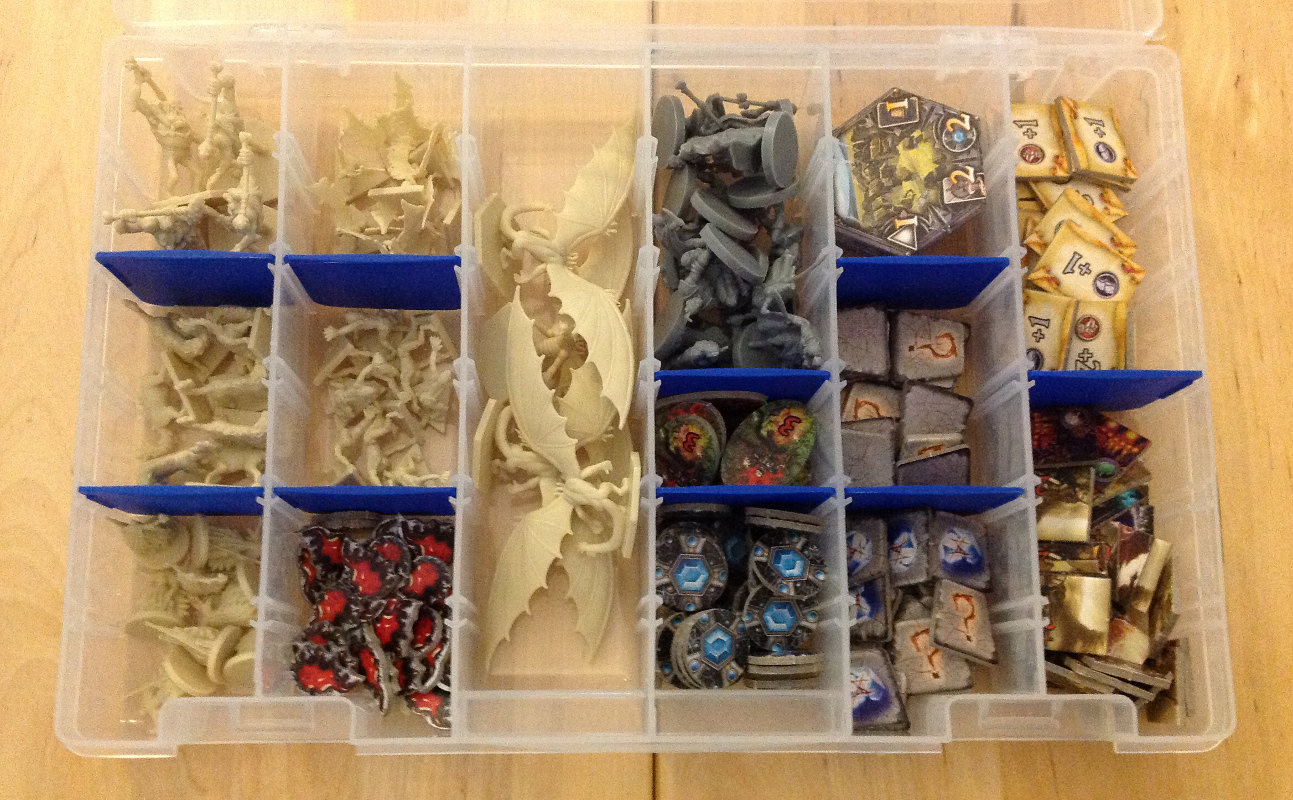 First up were the common parts of the game.  This was actually a pretty tight squeeze.  I wasn't expecting the dragons to be so difficult to fit into the case, eating up an entire row.  I also had nearly forgotten about the heroes.  I had hoped that the mountains in my edition of the game would have fit in here, but all in all I'm still quite pleased with the results.

Next up were the player factions.  These went quite smoothly.  I have ample room left over for the expansion units and pretty much anything else that needs to be crammed in here.  Like the mountains!  I was also especially pleased that the layout of these boxes left room for the full sized command cards.  Couldn't be happier. 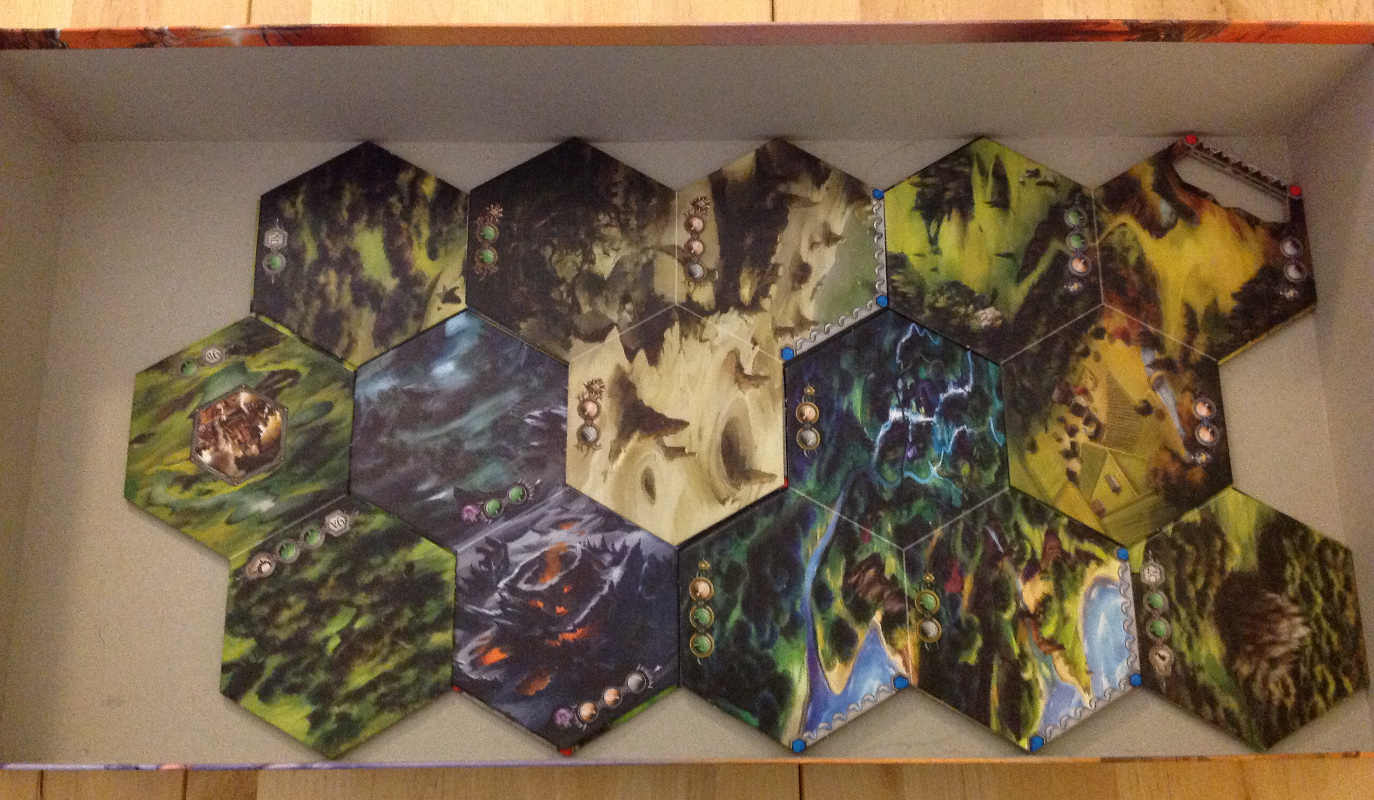 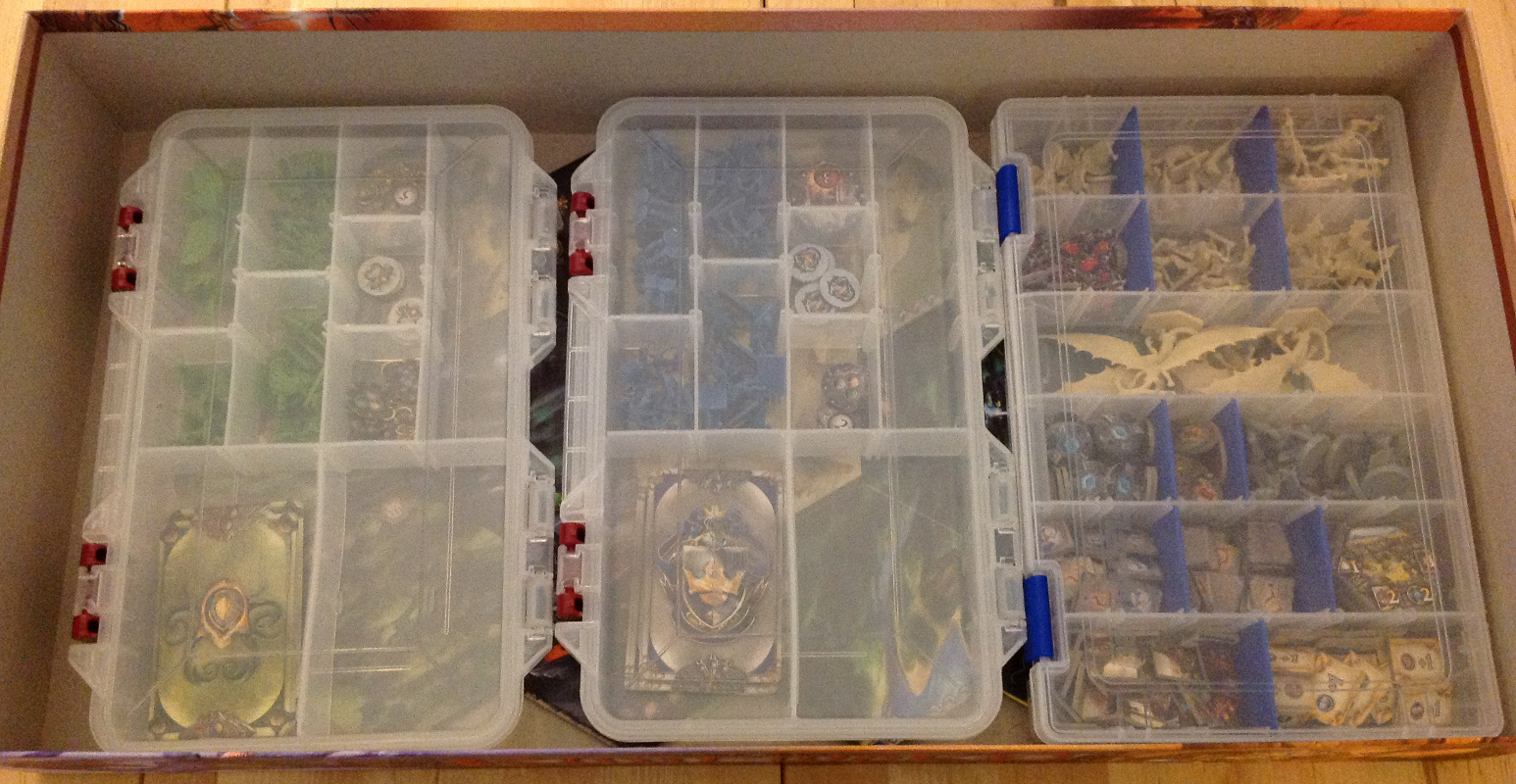 Next is a layer of boxes.  Two of the player factions, and the common bits.  You can see these just barely worked.  They take up very nearly the entire length and width of the box.  This seriously couldn't have worked any better! I was then able to successfully get the player boards, cards, and other assorted bits on top of the common bits container.  Then stacked the remaining 2 player factions on top of the first pair.  Now I'm taking up the entire height of the box as well!  With just enough room left for the manual. 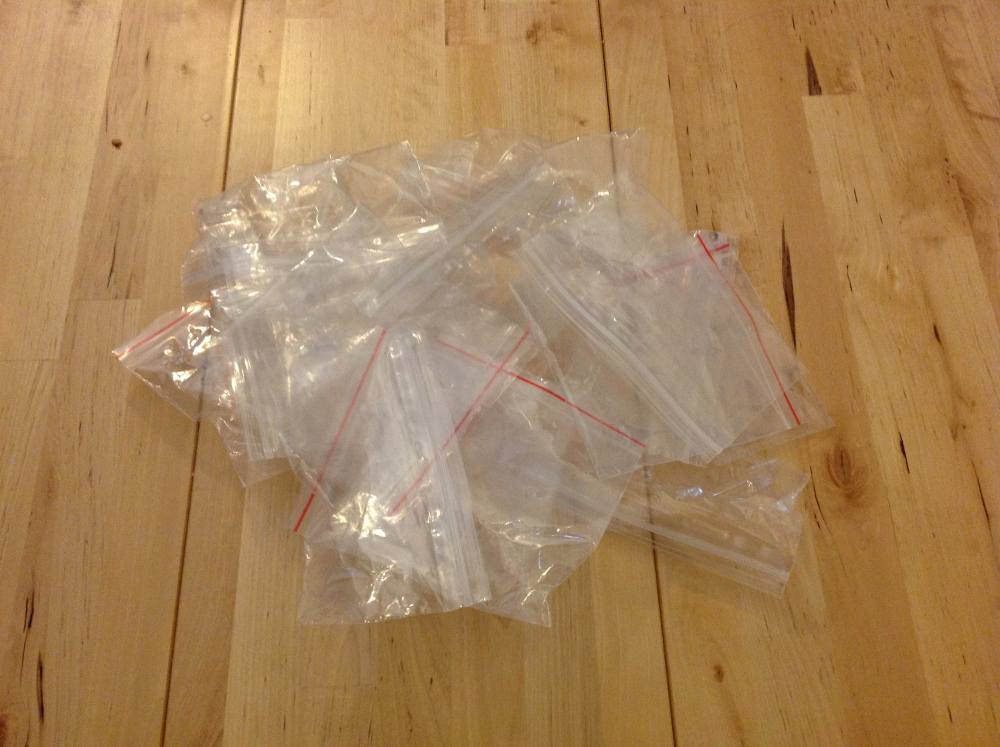 And lastly, all the baggies I was able to get rid of.  As of now, the only baggie left in this game is the one holding all the cards.  If they made deck boxes for those mini sized cards I'd use one.  Perhaps I'll print off some tuck boxes from BoardGameGeek instead.

So after all that, I'm extremely confident I can get Runewars to the table soon.  No longer will people have to sort through all their units.  No longer will it take 10 minutes to find the right monsters for the right tiles.  No longer will we be tediously dumping baggies out, forming unruly piles of bits in the playing area.  Then tediously cleaning them back up once the game is over.  I'm really excited about how this turned out, and getting to play Runewars again now that I've tamed the clutter.
Posted by CriticalBGamer at 5:22 PM