With 2013 coming to a close, it's as good a time as ever to look back over the games I've played, and decide on the ones I loved the most.  These won't necessarily be games that came out in 2013.  Just games that occupied the greatest mindshare over the year.  The games I was most excited about getting to play, or puzzling out new strategies for.

Of course, there are also the games that were most of a let down.  Games I got extremely excited for, that almost immediately flopped.  I've played them once or twice, and they've since sat in a drawer, unlikely to ever emerge again.  Or I was very excited to try them at a convention, and immediately hated them. 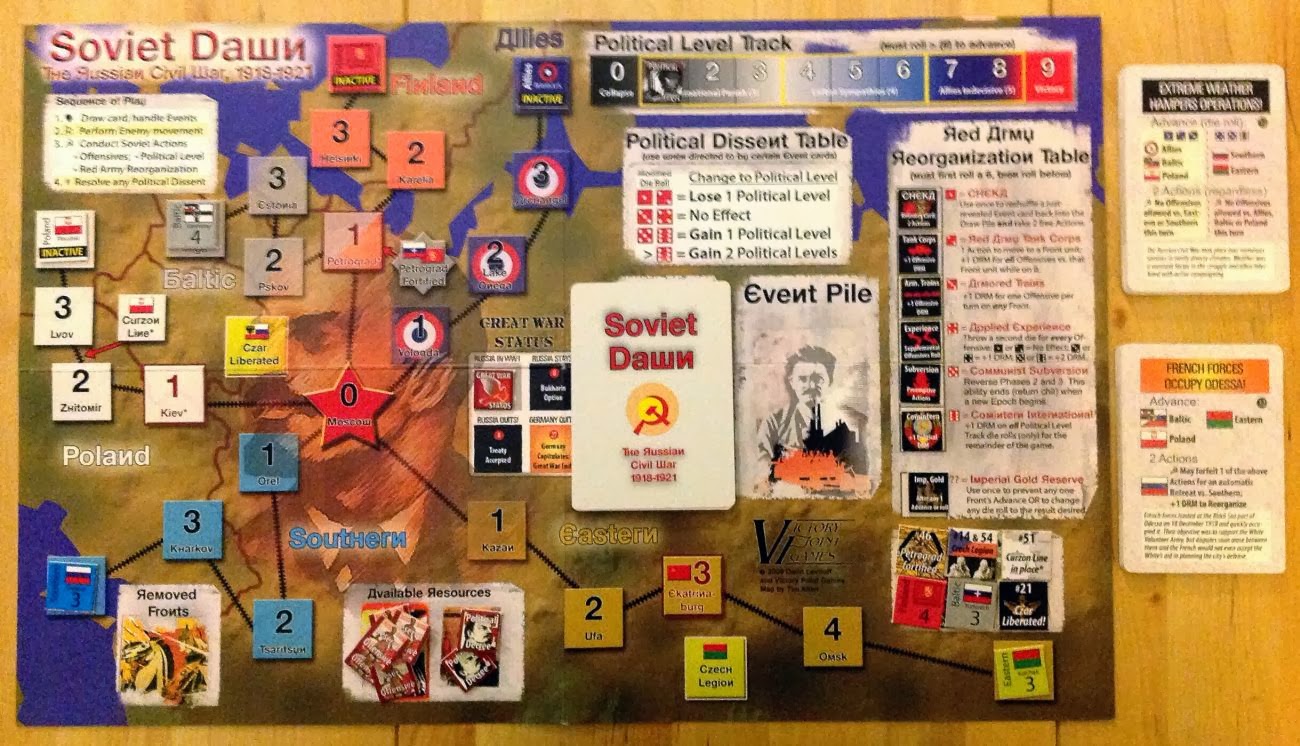 Soviet Dawn - I've played a few more of games from the States of Siege series, from Victory Point Games.  So far they are all great.  But for whatever reason, Soviet Dawn is still my favorite.  It can be the most arbitrarily difficult.  It can also be the most frustrating at times.  But it's rule set is also the most slimmed down, and it plays the quickest.  It just has some quality that always makes me want to play another session, where as the others can frequently leave me feeling burnt out.

Commands & Colors: Ancients - My favorite game for years standing.  This year I managed to log another 40 plays, mostly with a coworker.  Even after all those plays, I'm still learning more nuance to the strategic system.  Plus I'm finally poised to begin playing through the second expansion, Rome and the Barbarians.  I bought all the expansions years ago, but have been very strict about playing them in order.

Escape: Curse of the Temple - This one really caught me by surprise.  Every other "experience" game I'd seen turned me off.  In my estimation, they were too complex for the real time approach.  Plus they had different people essentially playing completely different games.  Plus they took too long.  30 minutes might not sound long.  Then you start playing in real time, trying to do everything as fast as you can.  It can feel like an eternity, especially if you are saddled with the unfortunate task of keeping it running smoothly and correctly.  So Escape rose to my attention not through it's positive qualities, but through it's lack of negative qualities.  Despite that, it's proven itself a stellar game in it's own right since.  It's been incredible to play with anyone and everyone, with almost no difficulties!

Star Wars: X-Wing Miniatures Game - I played this a lot, but not nearly as much as I would have liked.  I love nearly everything about this game, and up through this year at least, it's just kept getting better.  The array of viable builds has just grown enormously.  It's the variety that X-Wing offers which really hooks me.  I love fielding a completely different fleet each game.  With the arrival of Wave 3 and all it's support abilities, my builds have gotten even more creative and out there. 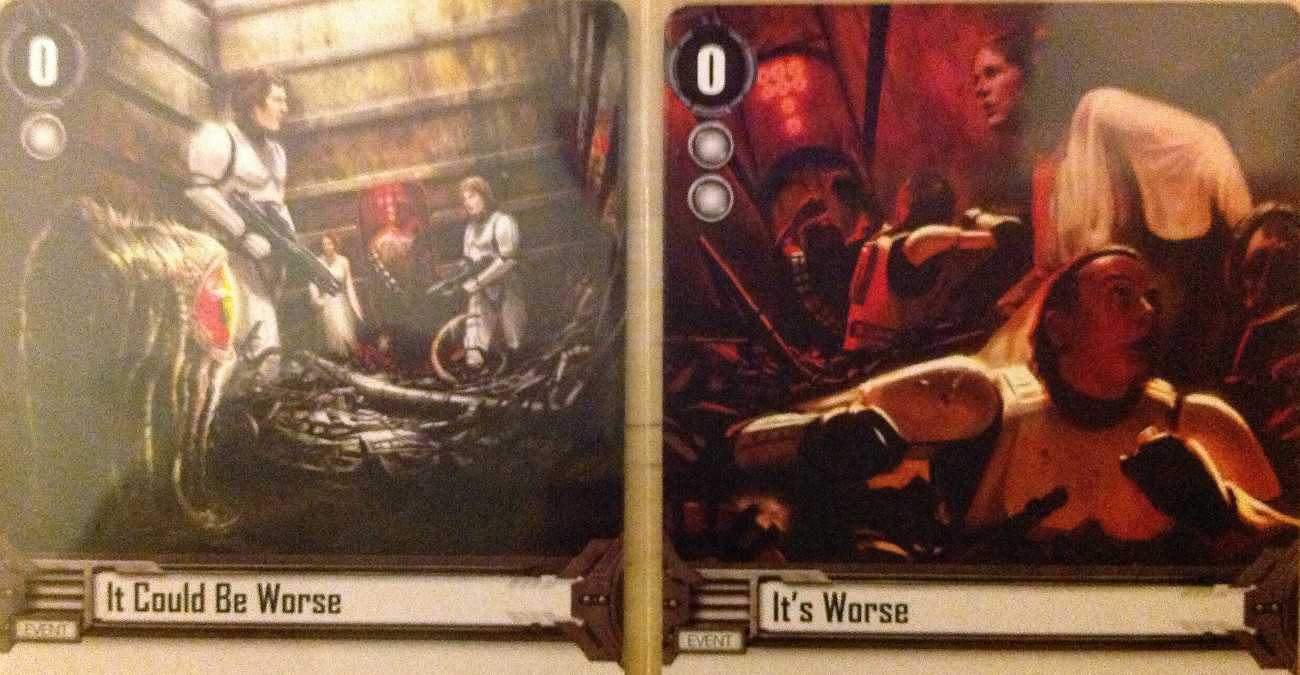 Star Wars: The Card Game - I was completely obsessed with this game for a good chunk of the year.  It is by far my favorite card battle game, and a pretty good Star Wars game on top of that.  Could it be more thematic?  Probably.  Some pretty serious suspension of disbelief must occur for a lot of the card interactions to make sense.  But the mechanics and the deck building are probably the most solid yet.  Every turn offers so many interesting tactical possibilities, and it really feels like actual play is more important than deck building.

Love Letter - It felt like this game was between printings for a good stretch.  When I finally got my copy, I was extremely impressed with how much it was greater than the sum of it's parts.  It had a good pacing, with some decisions being forced on you, and others offering you a wide array of things to consider.  It also handled player elimination well with it's lightning quick rounds, and a mob the leader effect.  I think this game consistently got the most laughs out of us too.  Something I've never seen before in a player elimination game!

Guildhall - Another tight little game I've grown increasingly impressed by.  It doesn't occupy my thoughts the way a game like Commands & Colors does.  But it's the first game I think of when I want something that's just flat out enjoyable to play with some people.  It never disappoints, and my appreciate of it's elegance and depth has only grown over time.  It also nicely fits in that category of games you are unlikely to ever forget the rules to. 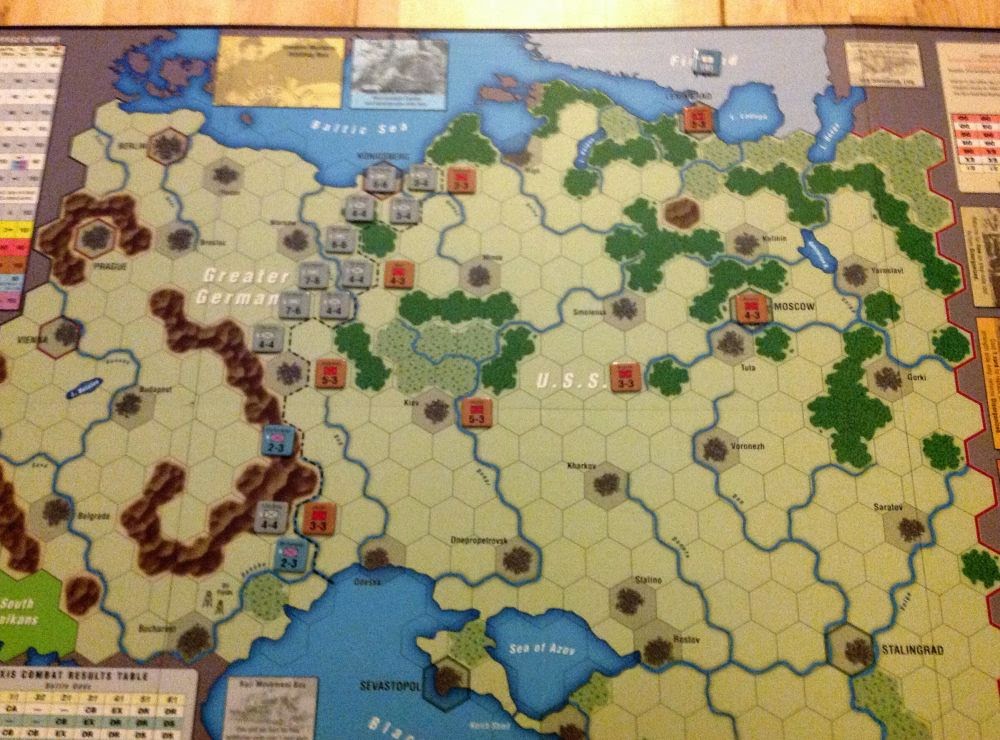 No Retreat! The Russian Front - This game has always been on my mind since I got it last month.  I simply cannot play this game enough.  The way it maintains a rather slim ruleset, with a low counter density, but still manages to bring so much history to the table is amazing.  It's core mechanics are rock solid, and the hand management/counterblow system truly raise it to another level.  The weather and events also make nearly every turn completely unique.  So far I've played the beginning 5 turn scenario 6 times, and it's never played out remotely the same even once.  I can't wait to dig into the later scenarios, especially the fall of Berlin. 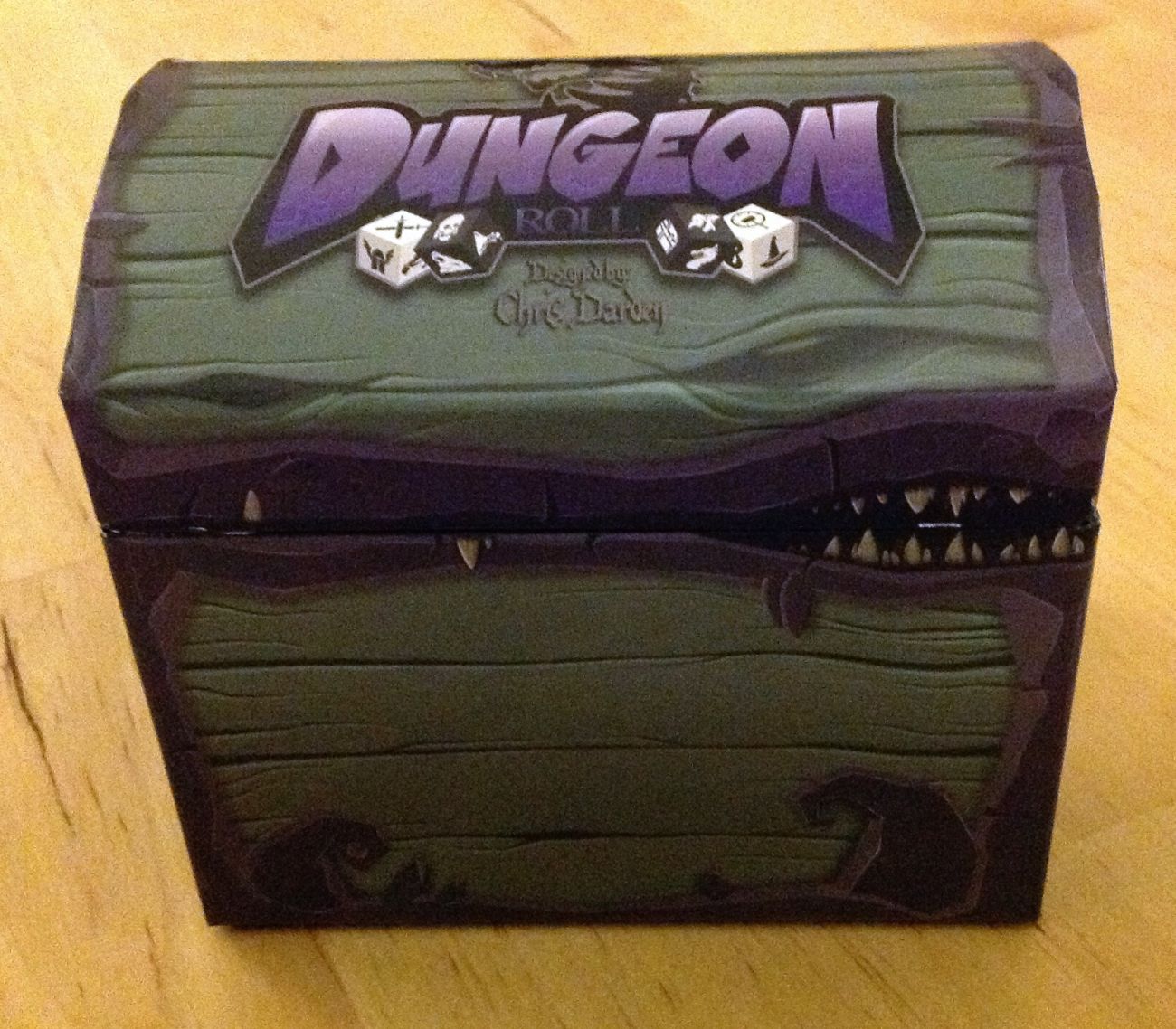 Dungeon Roll - I was incredibly hyped about this Kickstarter.  The management was spot on.  It shipped on schedule, and made it to my doorstep in record time.  Then the game was just thoroughly bland.  Very little decision making, very little luck to actually push.  It was a decently themed dice game, and that was about it.  I've had zero incentive to play it after I wrapped up my review for it.  Sutakku is a better push your luck game, and there are tons of better dungeon themed games.

Sentinels of the Multiverse - This was a coop game I'd heard a lot of good things about.  I got to play it several times at PAX East and found myself completely repulsed by it.  Fiddly and complex in all the wrong ways.  Playing it with my friends was frustrating since we never knew if we were remembering all of the myriad effects that were out at any particular time.  Then I played it with a couple who brought their own copy, and had played it over 100 times!  The husband had become especially adept at keeping track of all the game variables in his head.  The game was still just a chore.  Glad I tried this one before I (hadn't) bought it.

Catacombs - I want to be clear.  I love 95% of Catacombs.  Everything up until the final bosses are great.  Because this is a game completely devoid of luck.  It's just dexterity.  Right up until the boss.  Every boss has some sort of obnoxious, luck driven gimmick.  It completely unbalances the game.  Instead of making it exciting, it just makes it frustrating beyond belief.  Games should not introduce such a heavy luck element only right at the end.  Cube Quest is a dexterity game with a luck element too.  But it's ever present throughout the design.  Not a club it womps you over the head with at the very end of the game.  Which is probably why I'll always play Cube Quest over Catacombs.

Tsuro of the Seas - Once again, I need to preface this.  The game itself isn't half bad.  It can be a nice change of pace from normal Tsuro, where a skilled planner or tile counter can reliably win.  The randomness introduced by the dragons evens the playing field some.  But the rules are atrocious.  Truly, utterly awful.  They are among the few rules I've read where I simply cannot parse what a sentence is trying to communicate.  Though I thought the rules were bad, we eventually pieced together a thread of logic through several disjointed ambiguous phrases.  Then my friend excitedly bought the expansion.  The rules for the expansion are even worse, and we've yet to actually play with it.
Posted by CriticalBGamer at 6:24 PM