A recent Victory Point Games newsletter referred to their games as "Paper Time Machines".  I don't know who first uttered those words, but they are brilliant.  They really got me thinking.  Those three words perfectly encapsulate what historical wargaming is to me.  I play them to be transported back in time, and be put in a position where I can see why history unfolded the way it did.  Where I can experience what commanders had to deal with, and why they made the choices they did.

Some games accomplish this better than others.  But that really is the goal.  It especially comes out if you ever read the design notes many wargame designers include with their games.  They'll go into great depth about what the mechanics they designed are supposed to represent, and why they chose them.  What is most impressive is when you understood their intent before you had it spelled out to you.

You have masterpieces like Twilight Struggle, where you can go into them knowing nothing more about the Cold War than what you passively absorbed growing up.  Then through it's mechanics and it's events, it can do so much to teach you about the time period, and the shifting geopolitical influences.  More than that, it shows you the sorts of constraints that leaders through the Cold War believed they were under.  Domino theory and brinkmanship feature prominently in the scoring and influence mechanics.  Although the designers are quick to say they aren't endorsing those theories by including them in the game.  Merely enforcing the same doctrines that the leaders of the time utilized.

Then you have your games where perhaps the history is abstracted a little too much, but can still be extremely enjoyable with a little side reading.  Games like Soviet Dawn sort of go in this category.  Simply a fantastic game.  But perhaps a little too bare bones to really evoke the history it's portraying, unless you have an existing framework of knowledge to fit it into. 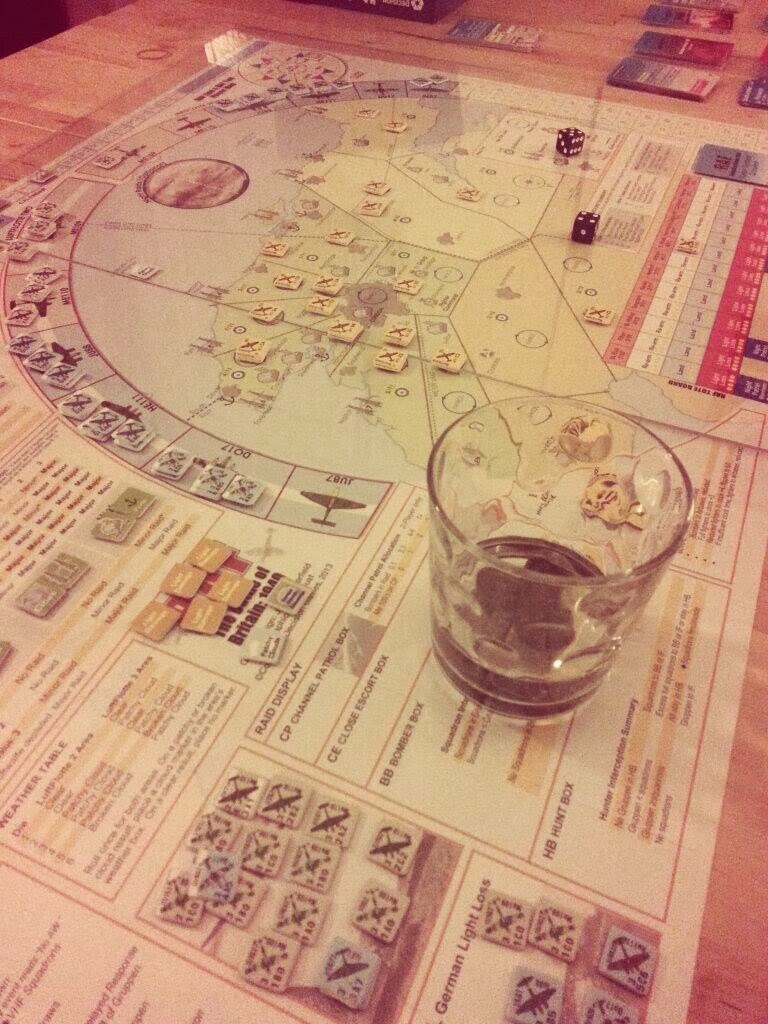 Historical wargaming also has a much stronger solitaire drive for me.  The historical basis of the game allows designers to add more character to their AI, by having it based off the actual strategies applied by your foe.  I recently played the complete British campaign in RAF, and the Luftwaffe AI was so well developed, I really felt like I was going up against another commander from the battle!  Plus the potential of forcing an alternate history is just a much stronger draw than getting a new high score playing Agricola by yourself.

The eurogames I have, I'm pretty happy with.  I have my worker placement title, my drafting title, my deck building title and more.  Every now and again a new one comes out with a mechanic novel enough to grab my attention.  Or a theme that is just too good to pass up.  But I think I could play an unlimited number of historical wargames.  There are just too many fascinating conflicts, and even interesting treatments of the same conflict.  After all, I own and regularly play probably half a dozen World War 2 games.  It's amazing how much room there is in a World War for different perspectives on various theaters.

So, if you wargame, I hope you are enjoying your paper time machines.  And if you don't yet, you should give it a try.  It's one of the most hands on ways to experience history there is.
Posted by CriticalBGamer at 9:55 PM

Email ThisBlogThis!Share to TwitterShare to FacebookShare to Pinterest
Labels: Rambling